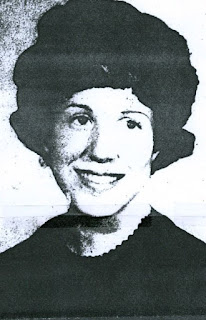 Vickie Lynn Harrell was from Linton, Indiana. She was 25 years old and lived in Bloomington. Working as a clerk at k-mart in 1972, she was recently divorced. Some reports mentioned that she was a mother, while others leave no mention of her personal life.

Vickie Lynn Harrell was reported missing after not returning home on August 12, 1972. Her roommate reported her missing. It seems as though, in typical seventies fashion, the police immediately wrote the woman off as a run away or that she left on her own accord. From newspaper articles at the time, or really the lack thereof, there was no search for the missing woman. The only one searching was her poor roommate.

The day before what would have been her 26th birthday, Vickie was found by a member of the Owen County Highway Department. Her naked body was discovered at 1:30 on August 14, 1972. Her clothing or any of her belongings were not found with the body. Her car was found at a shopping center.

The body was three miles from Spencer. It was apparent from the area that the body had been dumped in the water filled ditch and that the murder had not been committed in this area. Upon examination of the body, it was determined that she had been raped and strangled. Initials had also been carved into Vickie's torso.

As quickly as Vickie's story became news, it quickly faded from the papers. Owen County had a lot happen that year. The investigation was put on the back burner because the jail caught fire, there was a jail break, and a suicide occurred at the jail. According to the "lead investigator" the Sheriff's department was under staffed.

Yet, three other agencies were also investigating the case and made no progress. Part of this is because Vickie was painted to be an unwed mother who was a known drinker and the public had no sympathy. Out of the four agencies, the Owen County Sheriff's Department, Bloomington Police, Monroe County Sheriff's Office, and the State Police, one of them believed that Vickie's killer was already confined to a mental facility and was untouchable as of 1974.

When Lt. Ralph Shumaker, of the Indiana State Police, took over the case he was working on a theory. The transient theory was a favorite. It was believed that Vickie might have fallen victim to a serial killer. Similar murders allegedly occurred in Pennsylvania and Maryland between 1969-1971, I was unable to find these when going through newspaper archives. The murders had the same method of killing and the victims were all taken from college towns. The bodies all had initials carved into them, but they were different letters.

With so much time gone, it is hard to believe and maintain hope that Vickie's case will ever be solved. In hopes that someone knows somethings and is ready to talk, I ask that anyone with information on Vickie's case to call the Indiana State Police.


Posted by Study of Indiana Cold Cases at 4:49 PM